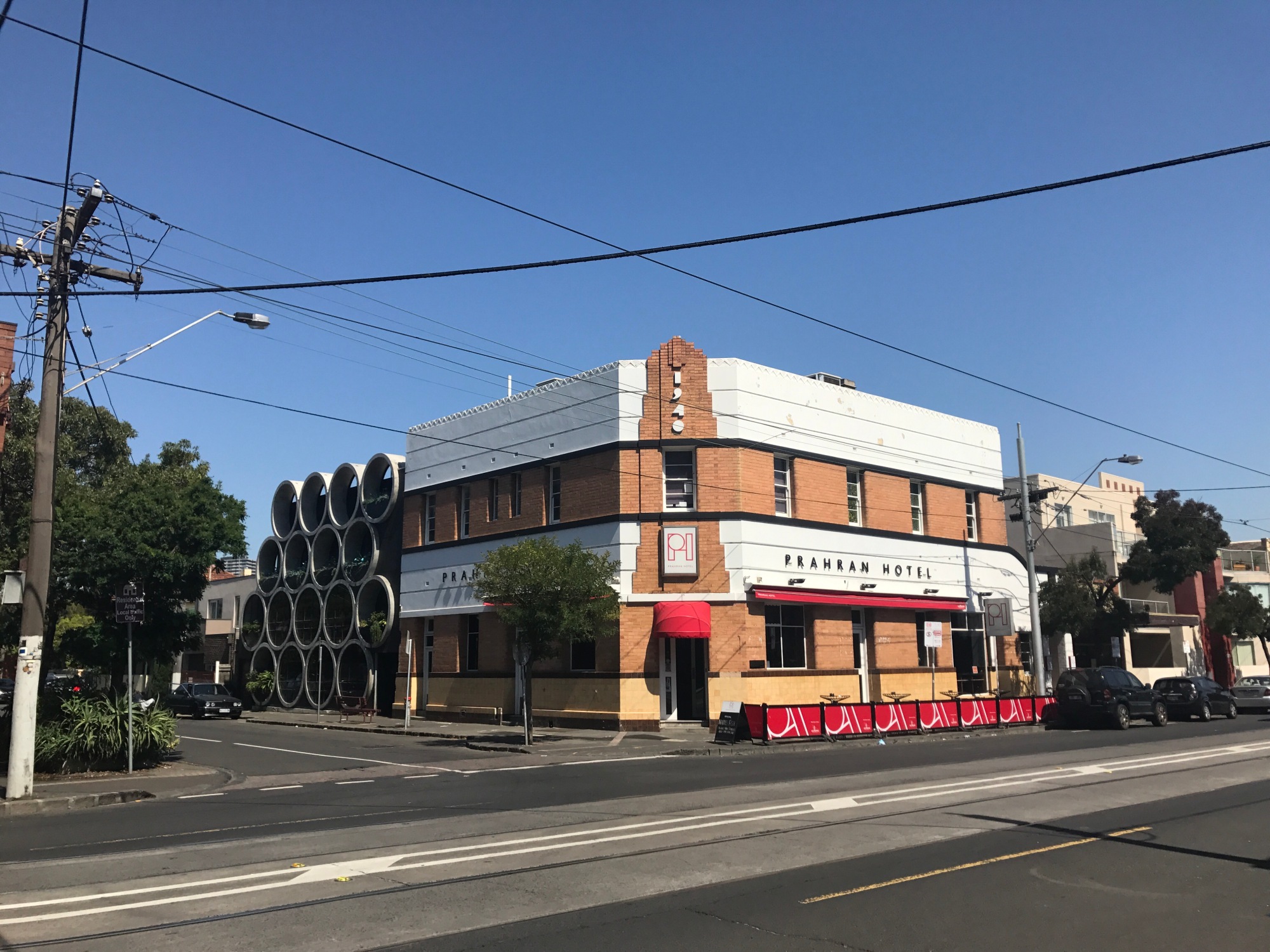 Although not strictly a hotel (it’s a pub) I love this building so being in the city I had to do a feature on the Prahran Hotel.

Melbourne based architects Techne were commissioned to transform & extend an  existing Art Deco pub with a drab single story extension. By demolishing the single storey element, and creating a fresh modern, two story structure that bolts onto the classic Art Deco brick facade. 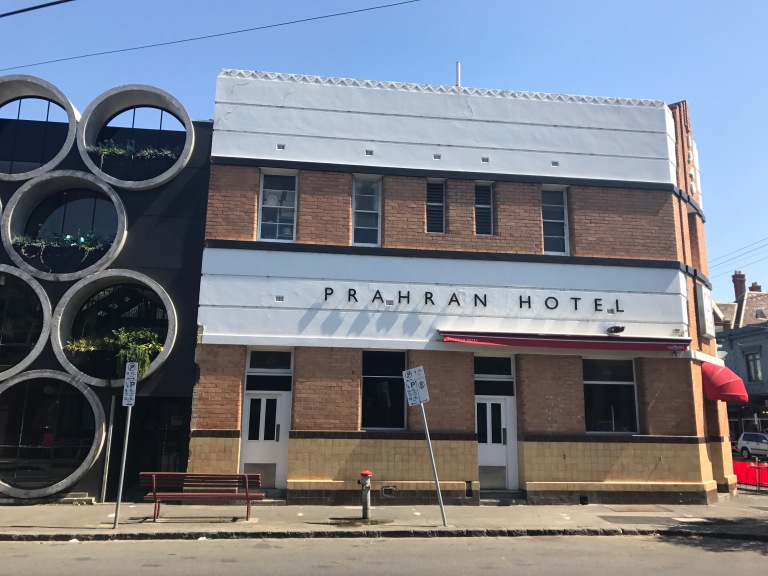 The new elevation is constructed from large stacked concrete pipes usually found underground in monumentous infrastructure  projects. The pipes according to the architects have multiple rolls.

One the pipes create a blurred threshold between the new interior and the street outside. The first two rows contain leather booth seats and activate the frontage by people sitting in them, they also act as large looking pods to draw people into the pub.

Two, they create a dynamic sculptural element to the facade. It’s a juxtaposition to the original building, but that’s what Melbourne’s all about, with old and new constantly set adjacent to one another, it fits the local vernacular of Prahran.

Finally the stacked language is not too dissimilar from patterns you would usually expect to find within a pub, stacked beer kegs or bottles behind the bar. 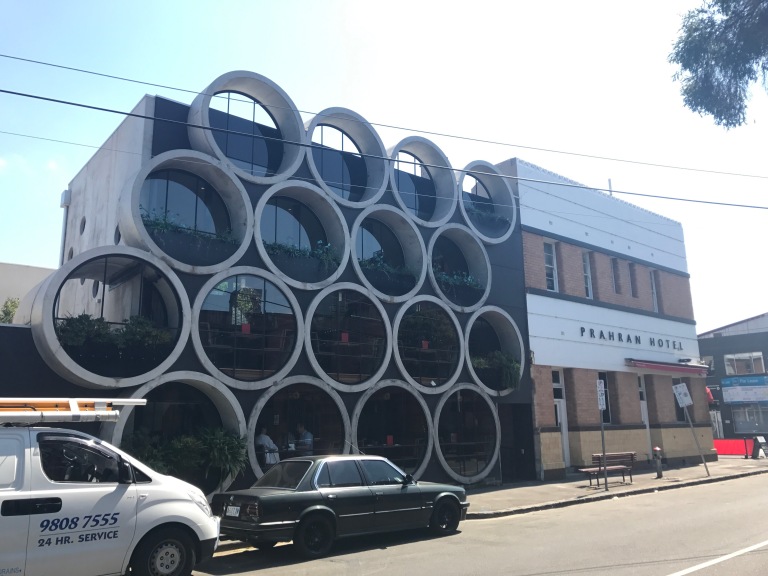 Techne link the new and the old internally with a court yard that strikes through the building. It’s also provides a large amount of daylight to the space. Clever hanging planting in the lightwell helps soften from the hard concrete and black framed glazed elevations. 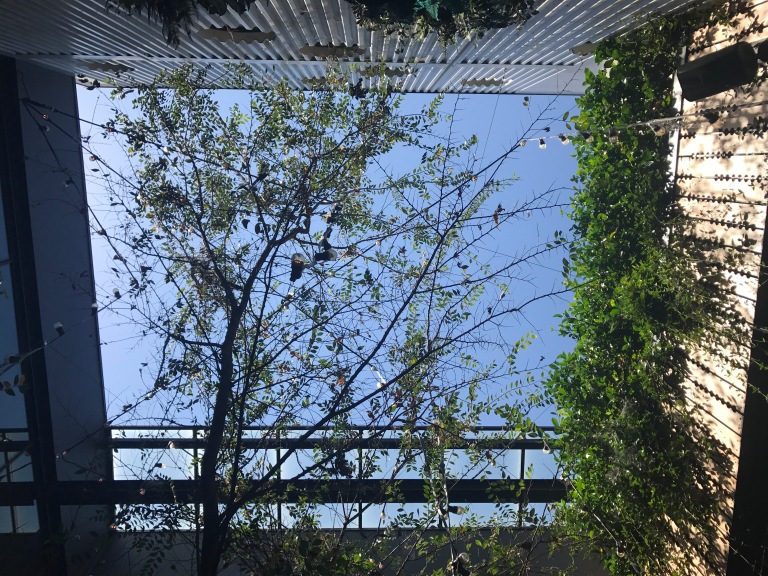 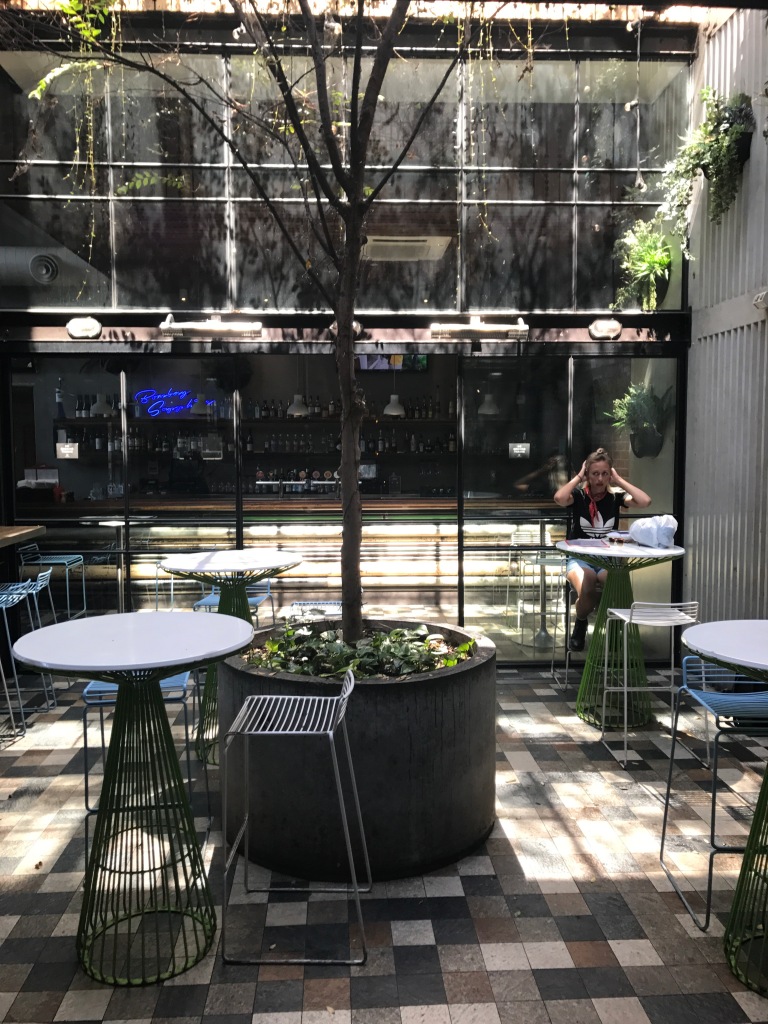 A metal walk way bends through the space and up the internal side of the concrete pipes activating them as private booths, linking ground and first floor, & offering an array of different seating areas & options along the way. This helps creates a sense of territory for users, and different sized groups or individuals can ‘peacock‘ in their different areas.

Techne have really managed to create a dynamic space for punters, whatever their needs whether it’s a romantic date, small groups out for brunch or a large gatherings of friends on a night out. Materially and through form, these defined areas help segment the space and aid with wayfinding and give users a chance appropriate their specific area for the time they are there.

The pipes are bold and sculptural and give the building a clear and easily recognisable brand image as well as adding visually to both the interiors and external facade.

A must see if you are in Melbourne. 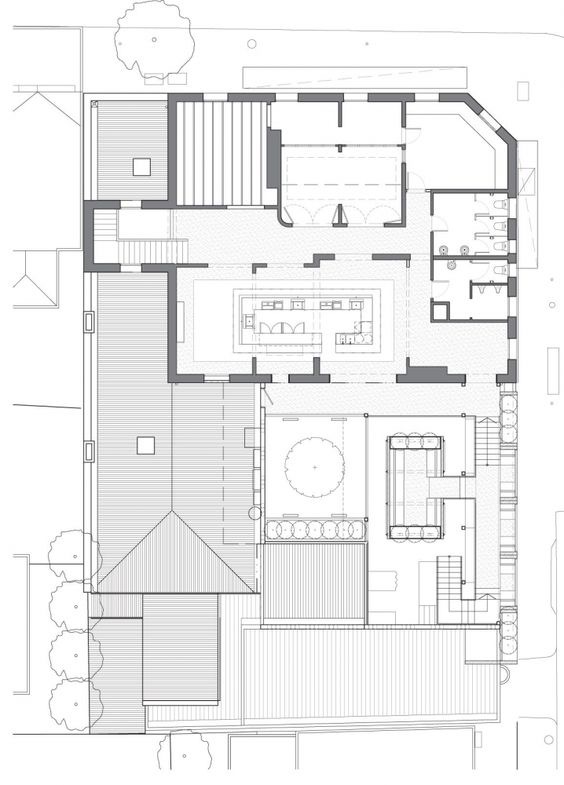 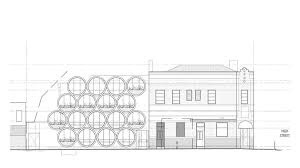 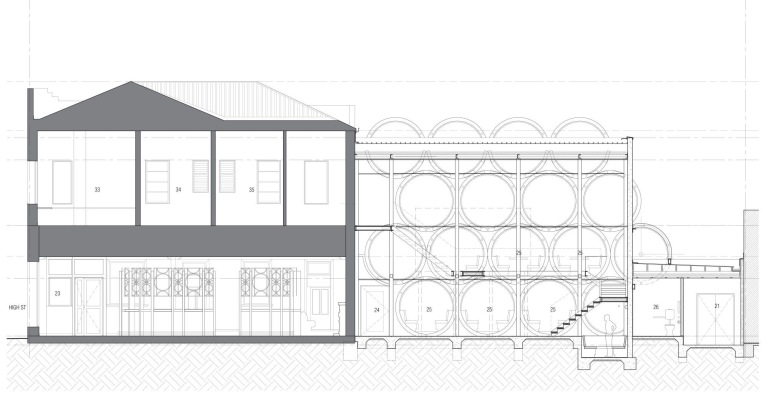